Bishop Charles E. Blake, Sr. is the fifth Presiding Bishop and the seventh leader in succession, appointed in November 2007 by the General Assembly of the Church of God in Christ.  From 1985 to 2009, he maintained the position of Prelate for the First Ecclesiastical Jurisdiction of California, where he was responsible for overseeing over 250 churches.  He is an example of servant leadership and has become a voice to the nations to uphold the standards of holiness.  He is known to many as being an eloquent, compassionate and practical leader, as well as a humanitarian and an advocate with a God-given gift for ministering to the whole man.

As Senior Pastor of the 26,000 member, West Angeles Church of God In Christ in Los Angeles, California, Bishop Blake’s leadership is positively impacting lives and enhancing the community through the work of the many ministries offered.  As a compassionate advocate for the advancement of God’s Kingdom, he is committed to accomplishing God’s agenda as both a leader and a laborer, reaping a harvest of souls.  His passion for meeting the needs of the “whole” man reaches globally through his humanitarian efforts.  As founder and CEO of Save Africa’s Children, a program of the Pan African Children’s Fund, he helps to support more than 200,000 children in 400 orphan care programs throughout more than 23 nations on the continent of Africa.

As a visionary who is both inspiring and influential, the awards and recognitions that Bishop Blake has received are extensive.   He was recognized in Washington, D. C. by President Barack Obama in 2009 and invited to serve on the White House Advisory

Council on Faith-Based and Neighborhood Partnerships. He was a speaker at the Democratic National Convention’s first Ecumenical Service where he eloquently

challenged all to protect the unborn by advocating pro-life.  Other accolades include the Distinguished Leadership Award from the African Presidential Archives and

Research Center at Boston University, the Greenlining Institute’s Big Heart Award, a Trumpet Award, and the Urban League’s Whitney M. Young award, among many others.

Bishop Blake is married to Lady Mae Lawrence Blake. They have three children and eight grandchildren. 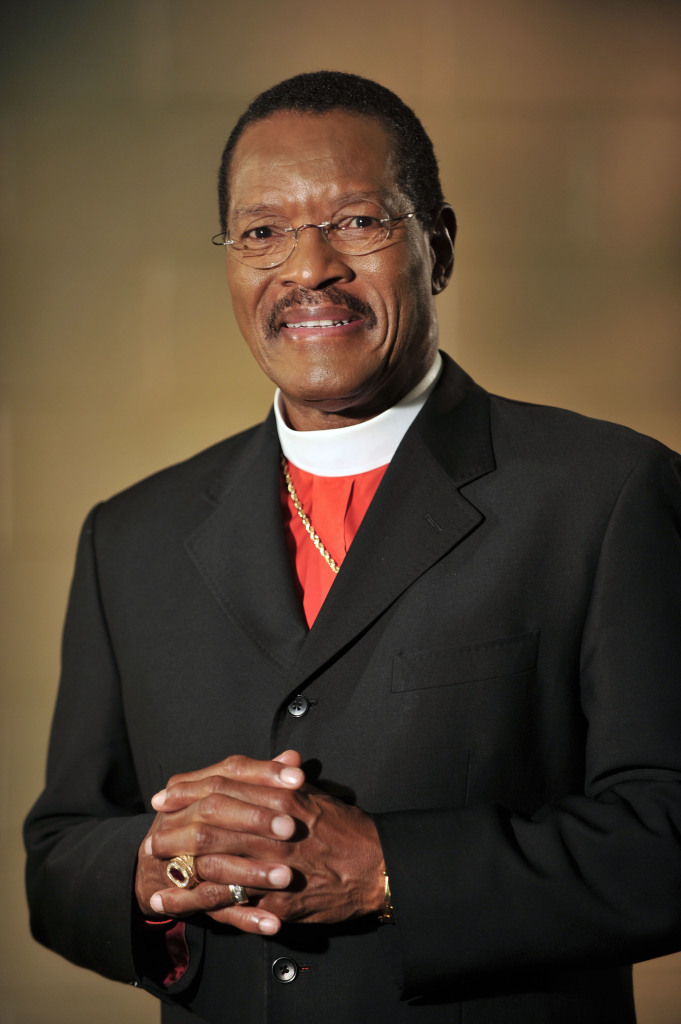