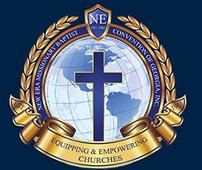 In 1961, the New Era Missionary Baptist Convention of Georgia, Incorporated started as a convention which reflected the religious and social climate of its time. In the beginning the mission was to transform the traditional African-American Baptist Convention as well as society. In the midst of the Civil Rights movement, the convention was formed by many of the people who were deeply involved in securing the rights and privileges for African-Americans. The Reverend Dr. Martin Luther King, Jr. was one of the most prominent figures of this time to be an active member of this convention.

On December 6, 1961, a group of Baptist pastors and lay leaders met at Tremont Temple Baptist Church, Forsyth Street in Macon, Georgia, where the Reverend E.B. Paschal served as Pastor. They met with the purpose in mind of evaluating the total Christian program of the State Convention and to discuss various ways of implementing their beliefs in Christian democracy. The theme selected for the occasion was “Militant Builders for Christ”. The group assumed the name “The Crusaders for Christian Democracy in the State of Georgia” and was led by the Reverend Dr. Emory R. Searcy of Atlanta.

The Reverend O.H. Stinson of Griffin, Georgia was called to chair the meeting. In his opening remarks, Rev. Stinson set for the purpose of the meeting as follows: “We are here to consider and evaluate the objectives of our State Convention, and if need be, seek to chart an acceptable course of action for Baptists of Georgia”. The Reverend L. Scott Stell, Jr. of Savannah and the Reverend  J.A. Wilborn of Atlanta were elected to record the business of the group.

The Reverend Dr. Searcy reported that after careful evaluation of the program of our convention and the possibility of bringing about reform, the brethren were of the opinion that the only alternative was a new thrust in a new era of Georgia. Also involved in this group was the Reverend N.T. Young of Augusta, Georgia who stated, “We need a democratic Convention in Georgia in which all men can feel free to do kingdom-building”. Reverend Wilborn also stated, “We came here for the purpose of organizing the New State Convention of Georgia”. Reverend Searcy offered a motion for the organization of a new state Baptist convention in Georgia in keeping with Baptist beliefs in religious freedoms and human dignity. The motion was carried unanimously. The name, New Era Missionary Baptist State Convention of Georgia, was suggested by Reverend Paschal. According to the official publication of the Convention, the New Era Observer, the group of committed church persons registered at the first session on December 6, 1961 and became the founders of New Era. In doing so, they answered the challenge for instituting a contemporary focus on ministry with its foundation and roots grounded in Bible-centered teachings.

Since its inception in 1961, Convention member churches have rotated the opportunity to host the Annual Session. This system is a provision to equitably divide hosting responsibilities and travel distances on the part of the messengers. It also allows more opportunities for fellowship and visibility in various areas in the state of Georgia.