Pastor Elgin “Neal” Lanier Dixon is the sixth child born to the parentage of Reverend Dr. Bobbie J. Fann and the late Charles (Alberta) Goss. He was reared in Adrian, Georgia under the tutelage of his grandmother, the late Clarion D. King. Pastor Dixon is a 1982 graduate of Adrian High School; he furthered his education at Emanuel County Junior College and Savannah State University respectively. He went on to enhance his graduate studies at Fort Valley, Georgia College, and Troy State Universities, where he received his Dual Master Degrees and an Educational Specialist Degree. Currently, Pastor Dixon is employed as the Superintendent of Schools for Twiggs County Public Schools.

Pastor Dixon serves his community well as a member of the Dublin-Laurens Savannah State University National Alumni Association, Alpha Phi Alpha Fraternity, Inc., and Board Member for Communities In Schools. Pastor Dixon also serves as musician/director of the Voices of Joy Community Choir, Inc. He is a member of the National Education Association, the Georgia Association of Educators; Georgia Association of Educational Leaders; past 2ndVice-Moderator for the 2nd Rehoboth Association and past State Musical Director for the General Missionary Baptist Convention of Georgia, Inc. Dixon was nominated as the “1998 Man of the Year” and awarded the Pastoral Award of Excellence in 2014 for the Dublin-Laurens County Black Festival Community Committee. In 2000, he was awarded the Outstanding Educator of the Year Award for Communities In Schools of Georgia.

Pastor Dixon, who was first anointed in his mother’s womb, accepted his call into the ministry in January of 1998 and received his licensure to preach on February 14th of the same year. In April of that same year, he was appointed as the Pastor of the Greater Macedonia Missionary Baptist Church, located in Helena, GA, where he has served for 16 prosperous years. In January 2012, a second location was birthed in Dublin, GA, Greater Macedonia Missionary Baptist Church – North, under the leadership of Pastor Dixon.

Pastor Dixon is married to Dr. Terri C. Dixon and they are the blessed parents of two children, Kristen and Kameron. He and his wife are the proprietors of Dixon’s Real-estate LLC, K & K Catering Enterprises; and Speech-Language Pathology Services of Dublin. 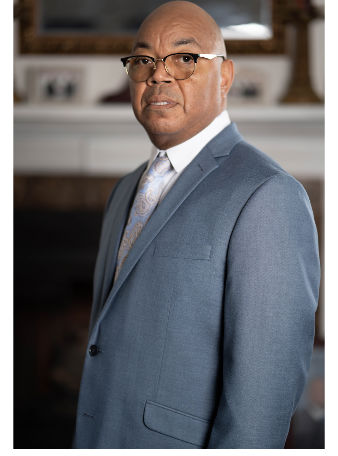