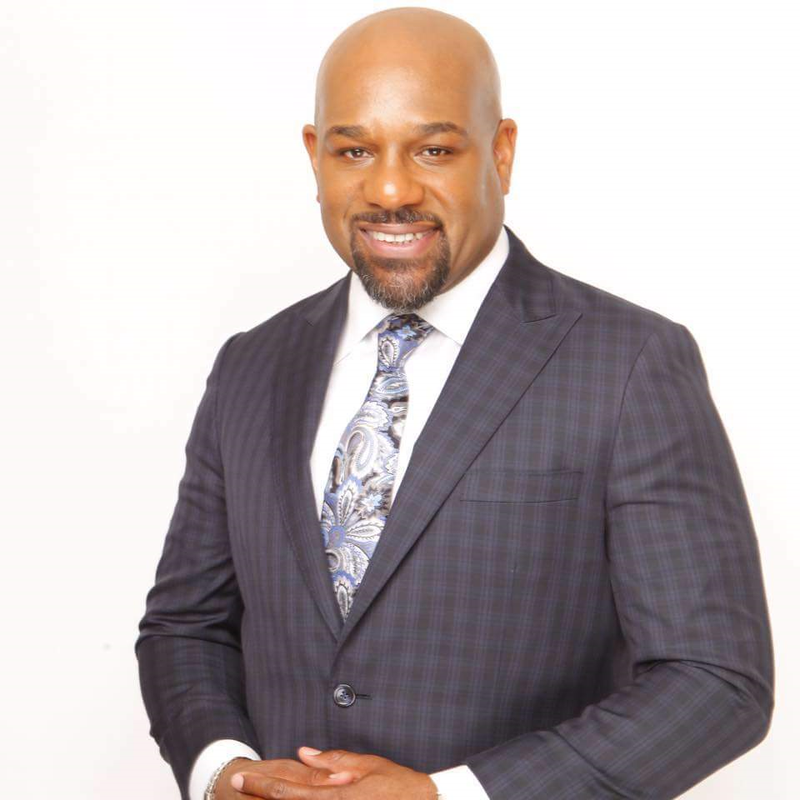 “Many are called but few are chosen” Matthew 22:14. Rev. Dr. William Holmes Robinson’s life is a true testament to the words in this scripture. He was truly called and chosen to be a leader among many for the high calling as a servant, pastor and teacher for the kingdom of God.

Born the youngest child of Deacon John and Mrs. Windy Robinson in Atlanta, Georgia and the godson of the late Rev. Dr. William Holmes Borders. Dr. Robinson answered the call to the ministry while he was a student at Morehouse College and under the leadership of Pastor Timothy Fleming was ordained and licensed to preach in 1994. In 1997, he completed his Bachelor of Arts degree in Religion from Morehouse College. In that same year, he was named Assistant Pastor of Jackson Memorial Baptist Church, where his mentor Rev. Gregory Sutton serves as Pastor. In 1999, Dr. Robinson was called to Pastor Second Mount Vernon Baptist Church where he served steadfast and unmoved for 13 years. Dr. Robinson received his Master of Divinity in 2000 and his Doctorate of Ministry in 2009 from the Morehouse School of Religion at the Interdenominational Theological Center.

In 2012, Dr. Robinson was selected as the third Pastor of The Olivet Church in Fayetteville, Georgia. It is affectionately known for a “Thrill on the Hill, Where Families Fellowship in Fayetteville!” Pastor Robinson arrived at Olivet with a vision in his spirit and a mission in his heart, to lead souls to Christ and continue on with his kingdom assignment. In his 2nd year, Pastor Robinson launched the “Let us Rise up and Build”, Lifestyle Stewardship Capital Campaign; to ultimately build a new sanctuary and Family Life Center on 22 acres of land.  He is committed to building a great church both inside and out to stand together united with God, One Mission, One Ministry, and One Member at a time.

Dr. Robinson has been awarded many distinguished honors. He was the recipient of the 2000, prestigious Isaac R. Clark Preaching Award from the Interdenominational Theological Center.

In, 2005, he was chosen as an “Outstanding Young People of Atlanta” Award recipient and highlighted in Who’s Who of Black Atlanta. His prolific sermons have been featured in editions of the African American Pulpit, most notably those entitled “The Great Moses Debate” and “Living a Purposeful Life”. In 2010, Pastor Robinson was inducted into the Morehouse College Distinguished Board of Preachers.

In, 2013 Dr. Robinson received the Gospel Choice Award of Atlanta. He was also a contributing author of the book Athens and Oxford Sermons.

In, 2015, Dr. Robinson was elected to the Board of Trustees by the Progressive National Baptist Convention. His sermon “There is Life in the Valley” was selected for publication in the book “Just Preach.”  He also serves as a Chaplain for Fulton and DeKalb County Sheriff Department and Kappa Alpha Psi Fraternity, Inc. While his journey exemplifies that His grace is sufficient, Pastor Robinson continues to make God’s will his main goal. He remains humbled by God’s appointment and commitment to fulfilling God’s purpose for his life. He knows one of the most important roles he fills is that of a devoted husband to the love of his life, Erika Raquel Evans-Robinson and loving father to Winton Kiarii and Kaylin Raquel.

Dr. William Holmes Robinson is a man of great integrity. He leads, he serves and he believes. He credits the powerful presence of the Holy Spirit for always being his guide and he can always be quoted as saying, “I SEE YOU IN YOUR FUTURE AND YOU LOOK MUCH BETTER THAN YOU DO RIGHT NOW!”