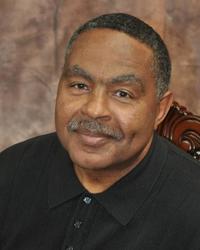 Bishop Robert Nelson Fortson, Sr. is a native of Egypt, Mississippi, a small town in the northeastern part of the state. He is a graduate of Jackson State University of Jackson, Mississippi with a Bachelor of Science degree in Business Administration. While attending Jackson State in 1975, he was invited by a fellow student to visit Greater Bethlehem Temple Church (GBTC) located two blocks from the university. From the moment he first entered the doors, he knew his life would never be the same, and he became a faithful member of the church until today. He credits much of his spiritual growth to the leadership of his late pastor, Bishop Phillip Coleman, Sr.

Since Pastor Fortson’s early years at GBTC he has been actively involved in ministry, including initiating home bible studies in several cities, assisting with campus ministries at Jackson State University and conducting a mobile church in several communities. He would later serve as Church Building Project Administrator, Choir President and leader of the baptism, tape, and outreach ministries. He began preaching the gospel in 1983 and has worked fervently in ministry since then. He served as the senior associate minister under Bishop Coleman for nearly 30 years and as Vice-Chairman of the Greater Bethlehem Temple Church Board of Trustees.

Pastor Fortson has served the Pentecostal Churches of the Apostolic Faith Association (PCAF) faithfully for over two decades. He served as District Elder from 1987 until 2008 for several states, including Alabama, Louisiana, Mississippi and Tennessee and a full term as Chairman of the Board of Directors for the PCAF national body. He has also worked extensively with the Southeastern District Council of the PCAF, serving three terms as Council Youth Chairman and four terms as Council Chairman. He was consecrated Episcopal Bishop for the state of Hawaii in August of 2009.

In 2008, Bishop Fortson became Senior Pastor and Chief Executive Officer of Greater Bethlehem Temple Church, a 1500-member congregation committed to the vision of building on a righteous foundation. Under his leadership, the church continues to flourish and actively serves its membership and the community through over 60 distinct ministries ranging from outreach to college students, tutorial services for school-aged children, prison ministries, counseling and substance abuse ministries, outreach to senior citizens, scholarships, summer camps, blood drives, health screenings and seminars, financial planning courses, children ministries and hospital visitation. As pastor of a missions-based church, Bishop Fortson is passionately involved in humanitarian missions projects such as providing thousands of meals to the hungry within the community each year and assisting poor individuals and families with clothing and groceries on a weekly basis. The church is also an active partner with the American Red Cross, providing emergency shelter or specialized services for victims of natural disaster.

Beyond serving his congregation, Bishop Fortson ministers to many in the local community through his television broadcast, “Victorious Living with Pastor Robert Fortson,” as seen on Fox cable television station WUFX, My-35. His messages of encouragement are also heard throughout the southeastern United States on his “Victorious Living” radio broadcast airing on eight stations weekly in Louisiana, Mississippi, Tennessee, Alabama and Georgia.

Bishop Fortson is married to Lady Chiquita McBride Fortson. Together they have three sons, Robert Jr. (Kaiysha), Brian (Tyranny), and Matthew and are loving grandparents to four grandchildren, Ethan, Keegan, Asia and RF3.